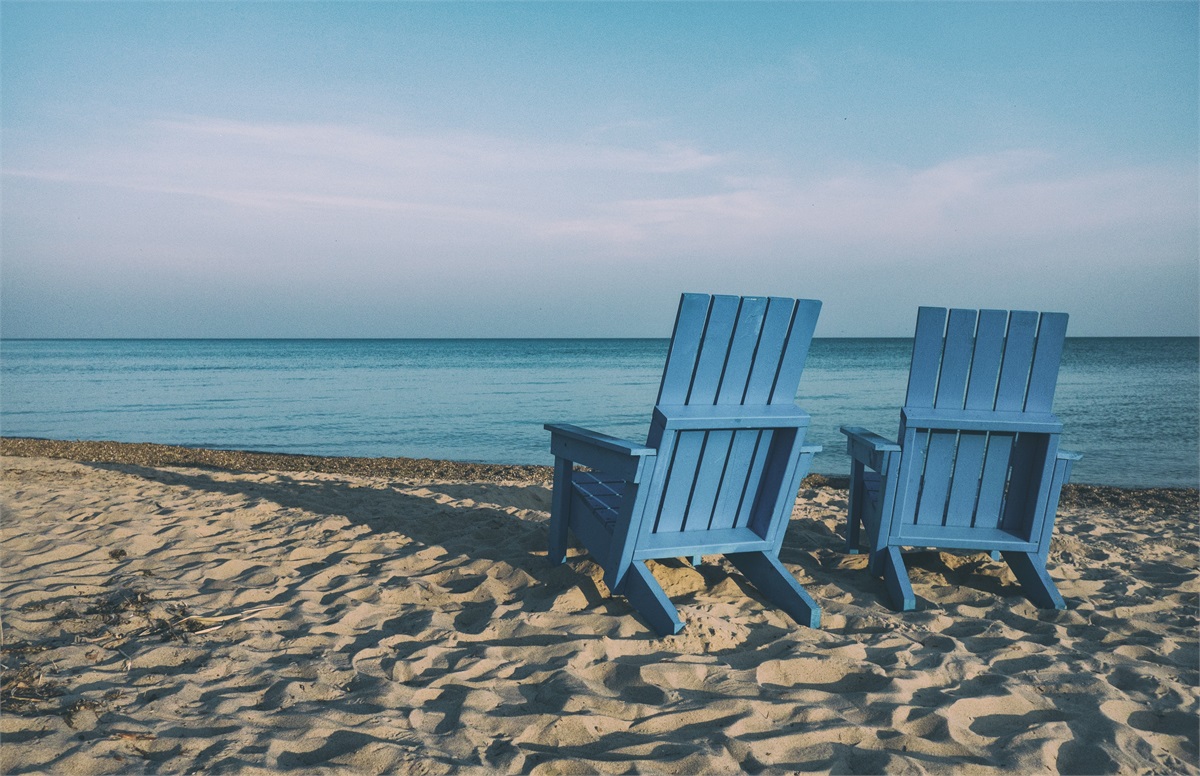 Will Covid 19 Crush Your Retirement?

From February 19th through March 23rd, the stock market cratered on fears of a prolonged economic shutdown in response to the spread of Covid-19.  The Vanguard S&P 500 Fund lost -33.8% while small cap value stocks lost more, the DFA US Small Value Fund was down over -45%.  International stocks dropped even more than US shares.

For investors still accumulating wealth for retirement, continuing to contribute to their equity portfolios has already begun to pay off, and even if the decline had persisted longer, they should have felt insulated as lower prices allowed them to accumulate additional shares that would eventually be worth far more. For example, I wrote about how wild stock market swings were to be expected here.  I suggested that it was a great time to be buying stocks here.  And I suggested that "the best defense against a stock market decline was a good offense" here.  “Averaging down,” assuming your retirement plan was a solid one, can only help you get ahead.  No investor, who is not yet retired and still saving for the future, should wish for stock prices to be persistently higher.

But what about those drawing from their portfolios in retirement?  Big stock market declines are one of the biggest fears that most retirees have, as visions of running out of money by depleting their assets become very real.  These fears have come roaring back for many people, of course, as the recent decline registers as the worst stock market setback since 2008.  Are these fears justified?  Are retired investors at risk after the recent Covid crash?

Let’s begin by revisiting previous bear markets in recent history and the impact they have had on a well-designed, growth-oriented retirement plan.  We will assume an investor has $1M at the start of their retirement in each period, and wishes to withdraw $50K per year (5%), adjusted annually for inflation.  To ensure the portfolio has sufficient growth potential to stay ahead of a generous, and ever-growing income stream, the majority (90%) of the portfolio will be allocated to a globally diversified stock allocation: the DFA Equity Balanced Strategy.  Two years of withdrawals (10%) will be allocated to a short-term bond fund with an emphasis on capital preservation.  The stocks are designed for long-term growth and will contribute most of the ongoing income from periodic sales; the bond fund should be sufficient for withdrawals during the occasional bear market while waiting for the stock market to recover.  You can see the exact allocation summarized at the bottom of the article.

We have four recent bear markets to look at, starting with the -21.1% decline from May through September, 1998.  The portfolio took a big hit at first, but the recovery that ensued by the end of 1998 and throughout 1999 ensured that the total portfolio, net of withdrawals, had fully recovered in just over 12 months heading into 2000. 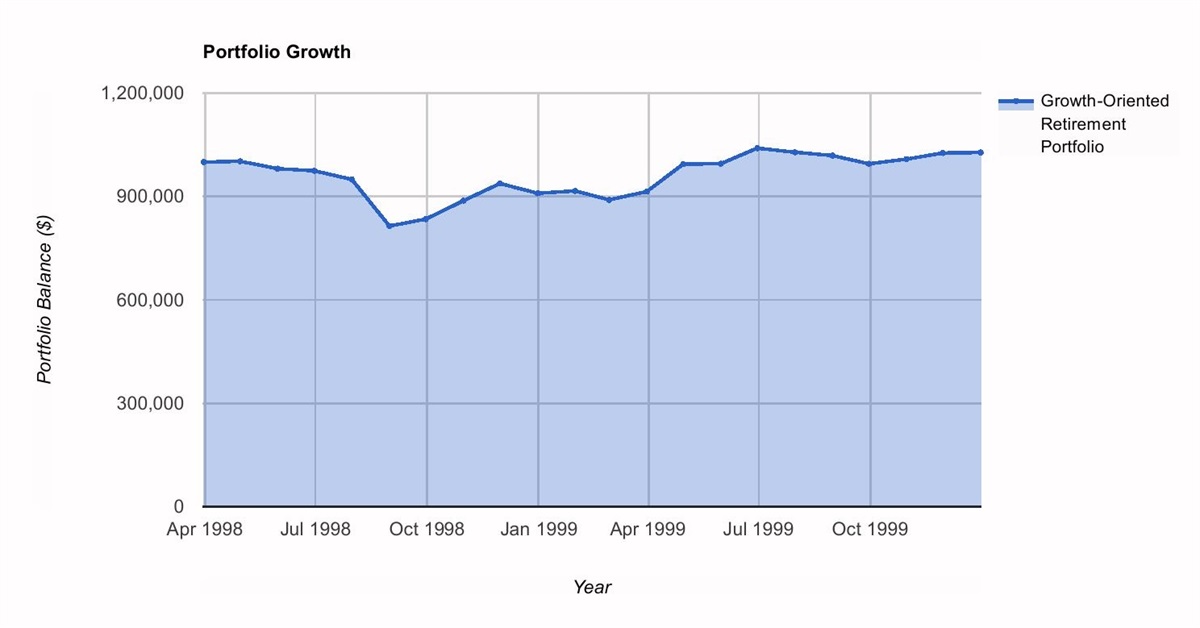 The next bear market is one that many still remember--the technology bust from 2000 to 2002.  The S&P 500 stock index dropped over -40% and the NASDAQ Index fell over -60%.  Even the diversified DFA Equity Balanced Strategy fell -20.6% in late 2002.  The losses for the retired investor were not permanent, however.  The portfolio regained its prior value by the end of 2003, despite multiple years of continued withdrawals.  By the end of 2007 the retirement portfolio had actually growth, net of withdrawals, to over $1.5M! 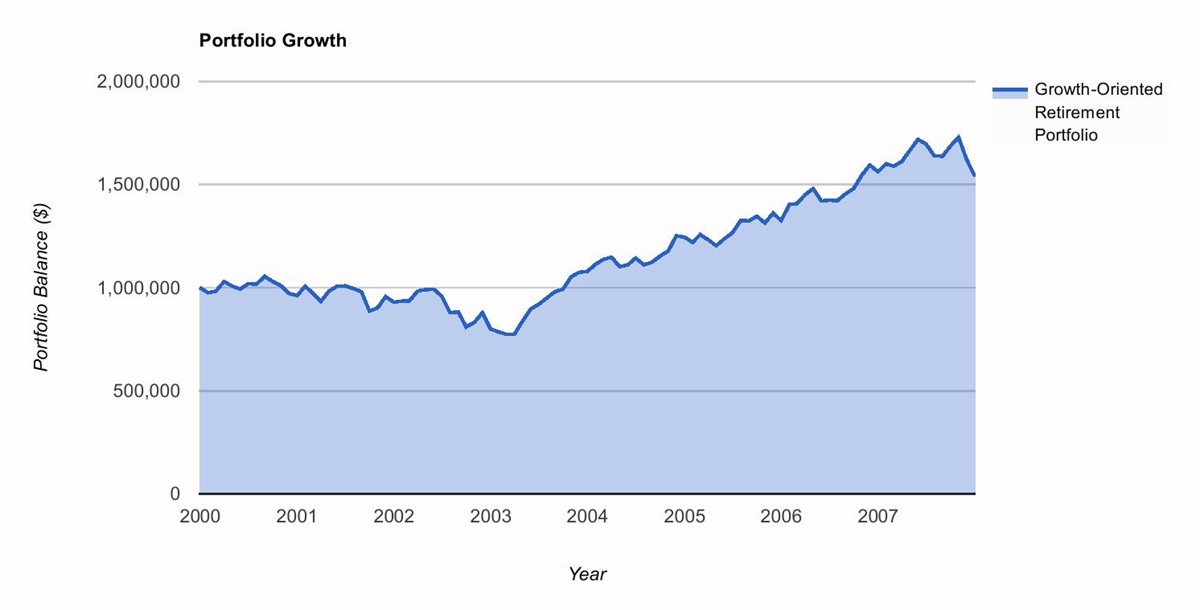 "2008" is synonymous with the stock market crash, as the decline that lasted through early 2009 registered as the worst set back for stocks since the Great Depression.  Surely a decline of this magnitude would decimate a retirement portfolio, right?  Wrong.  The portfolio value was temporarily cut in half, but the strong recovery that began in the Spring of 2009 helped make up for lost ground.  By late 2014 the portfolio had fully recovered its previous value, and despite set backs in recent years, was worth $1.02M at the end of 2019. 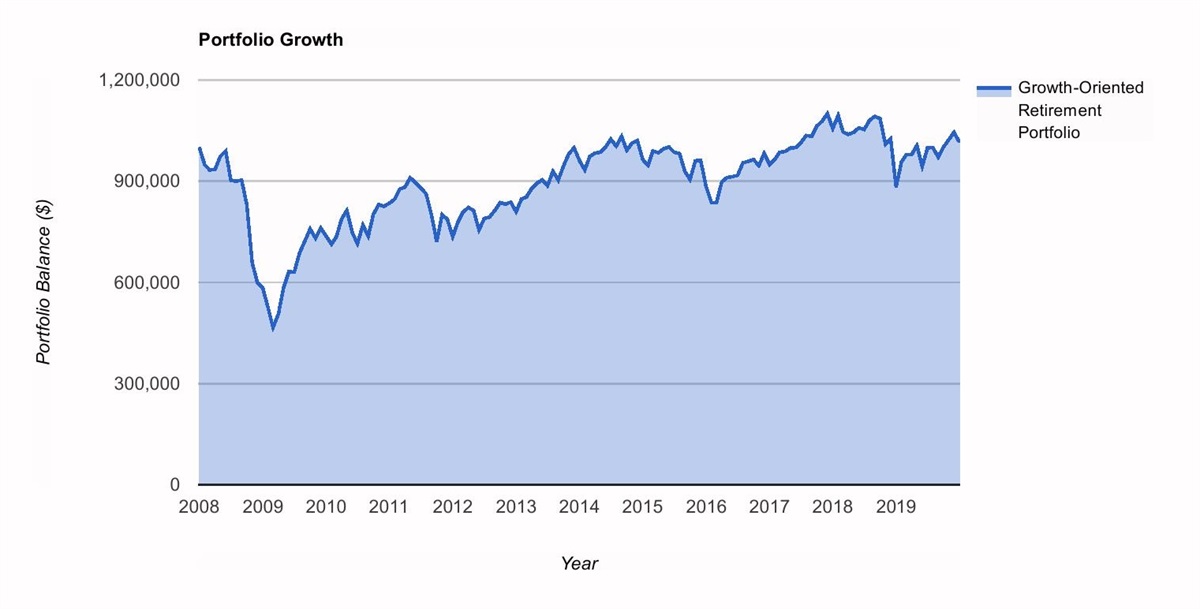 Imbedded in the 2008-2019 period was a bear market that many investors forget, the 2011 decline that mirrored the magnitude and timing of the 1998 experience.  Between May and September 2011, the diversified stock portfolio declined -22.8%, within a percent of the loss in 1998 and in 2002.  But as in all prior bear markets, the pain was short lived.  The remainder of 2011 and 2012 (and 2013) saw stocks surge, and the retirement portfolio was back to whole, even net of rising withdrawals, by April 2013.  At the end of 2019, after continued yearly withdrawals, it was worth over $1.26M, well above its starting point. 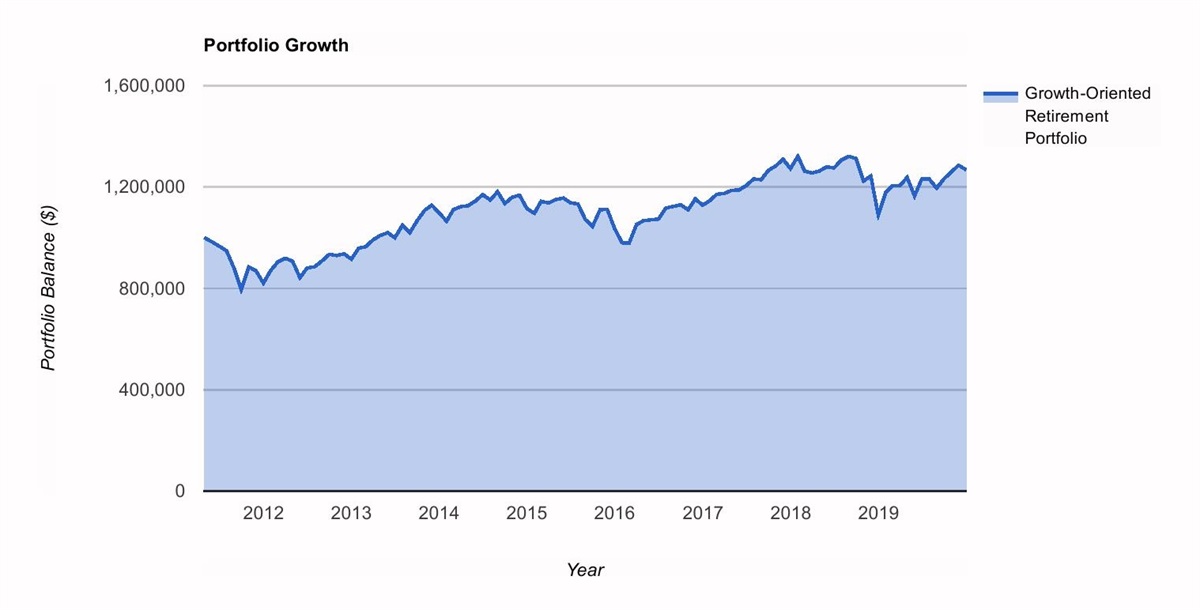 For the entire 1998 to 2019 period, an extremely difficult time to be an investor with lower-than-average stock returns and several daunting bear markets, we can look at all four bear markets as one observation.  As you would expect--as each decline failed to dent the long-term success of the retirement portfolio--the entirety of the 22-year period worked out OK, too.  Despite an annual withdrawal that had grown from $50K to $80K in 2019 to keep pace with rising inflation, and a total 22-year withdrawal of over $1.4M, the growth-oriented retirement portfolio was worth over $1.8M net of withdrawals at the end of 2019! 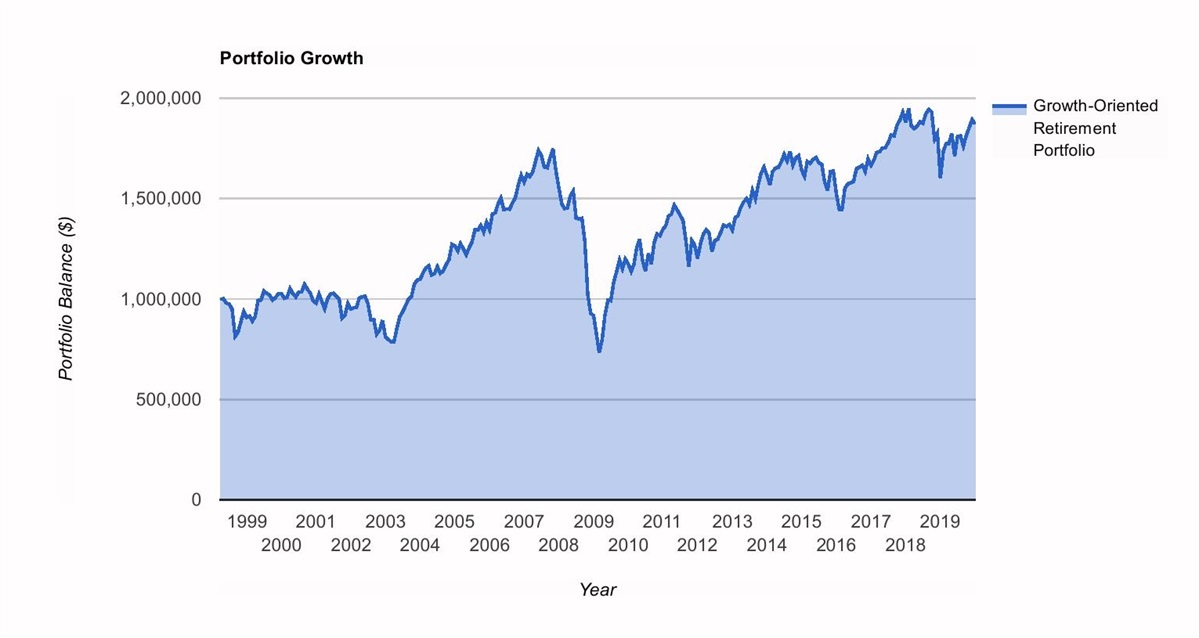 If this doesn't convince you that bear markets don't need to be a long-term drag on a retirement portfolio, even in the face of persistent withdrawals that are necessarily growing to keep pace with inflation, I don't know what will.  We've seen several of the most severe stock market declines in history during just the last few decades.  But the evidence shows overwhelmingly that a well diversified, growth-oriented retirement portfolio with a reasonable withdrawal policy has weathered the storms just fine.

Have we already begun to see a stock recovery taking hold in recent months?  Unfortunately, it's too early to tell when a full-fledged rebound is under way until well after the fact; stock returns are so volatile in the short run, both up and down, that patterns are only observable in hindsight.  This is why trying to "time the market" is such a bad idea.  What we can say is a lot of the initial declines have already been recovered--even if only temporarily.  Since March 23rd, the Vanguard S&P 500 Fund has gained +43.9% and the DFA US Small Value Fund is up a whopping +56.9%.  Investors who sold their stocks at the market low without disciplined guidance from a retirement planning financial advisor would have lost about half their wealth in terms of the missed-out-on growth they should have received.  This recovery, which so closely mirrors the recoveries in late 1998, late 2002, early 2009, and late 2011, gives us additional reasons for optimism that the sharp decline stemming from the Covid lockdowns won't crush your retirement.

None of the prior bear markets in the last quarter century have had a negative long-term effect on a well-designed and managed retirement plan.  Will it be different his time with Covid-19? I wouldn't bet on it. 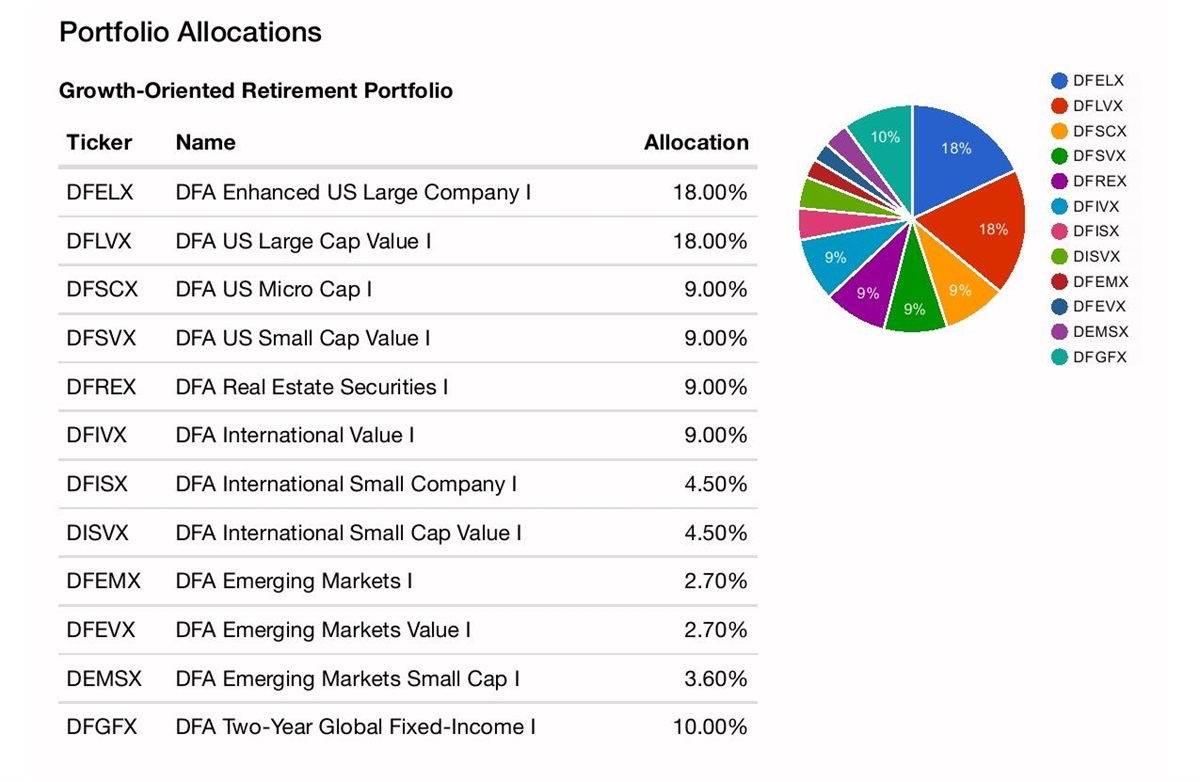