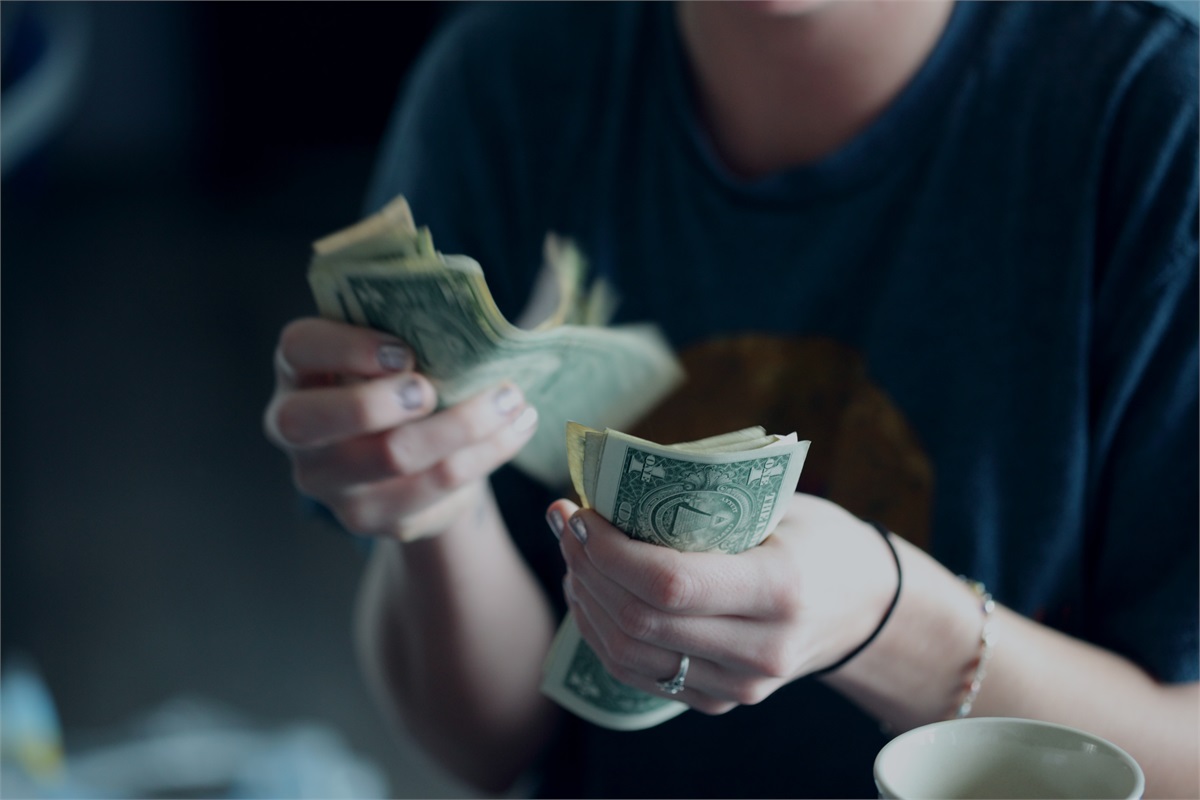 How Much Can You Spend In Retirement Without Running Out of Money?

How much can you spend from your investment portfolio in retirement without running out of money? This is the question on the mind of every investor who is starting to think about retirement or who is already retired. So it is surprising to learn that until about 25 years ago, this was not a topic financial advisors spent a lot of time researching, and we certainly didn't have a good answer for it.

This changed in October of 1994 when The Journal of Financial Planning published "Determining Withdrawal Rates Using Historical Data" by William Bengen. Bengen was the first to study historical stock, bond, and inflation data dating back to 1926 and try to estimate how much a person could spend over the remainder of their retirement after accounting for inflation without running out of money. We take for granted today the ease with which we can access historical data and computer programs that simulate hypothetical retirement experiences. But 25 years ago, it was no easy task to get your hands on the data, let alone analyze it efficiently.

The critical finding of Bengen's article was that you could spend 4% of your first-year retirement portfolio value (for example, $40,000 off a $1,000,000 portfolio)—this became known as “The 4% Rule.” This amount assumed an annual adjustment for the prior 12-month rate of inflation (deflation) and further assumed a retirement horizon of 25 to 30 years. In some scenarios where stock returns wound up being higher than average, much more than 4% in withdrawals was possible. But starting too high (say 6%) and experiencing a series of bad years right away might cause a portfolio to expire prematurely. The 4% rule was conservative enough to weather even a bad initial run of market results.

A Surprising Take on Stocks in Retirement

The study's other finding, which hardly gets any attention, is Bengen's research on retirement portfolio asset allocations. Contradicting many advisors and retirement researchers who believe stocks are too risky to own in retirement or too risky to own very much of, Bengen favored stock-heavy portfolios. He found the long-term growth potential of stocks was a key ingredient to avoiding portfolio depletion, especially if inflation wound up rising faster in retirement than initially planned.

While Bengen admitted it was ultimately the client's choice, his views on asset allocation were clear: "I believe the balance is tilted in favor of the higher (stock) allocation." Using only the S&P 500 as the proxy for stocks, Bengen found that as much as 75% in stocks (25% in bonds) was optimal. He acknowledged the risk of stocks in a "Depression-like event" but added that "vastly increased wealth will accrue under most other scenarios."

It has been over 25 years since the "4% Rule" article was published. How have Bengen's conclusions held up over time?  What happens if we update his portfolio examples to employ a more modern investing approach that utilizes the small cap and value research of Fama and French? How are the findings impacted by the real-world costs associated with mutual funds and advisory fees?

A Modern Approach To Evaluating The 4% Rule

To answer these questions, we can look at periods since 1995. We no longer have to use only index data; we have over 25 years of live mutual fund data at our disposal, whose returns include real-life expense ratios and trading costs. Admittedly, if the last 25 years were a walk in the park, we might write it off as an outlier without putting much weight on the evidence. But that's not been the case. We've seen five bear markets (declines of -20% or more) and two of the worst five market declines (2000-2002 and 2007-2009) in the last century, ten years (2000-2009) where the S&P 500 had a negative cumulative return, below-average returns on international stocks over the entire period. Finally, interest rates have collapsed such that bond returns have been much lower than average for over a decade.

To see if the "4% Rule" still holds and if a 75/25 asset allocation is still optimal, we will look at various periods and the outcomes of a hypothetical retiree, all ending in July 2021. We'll assume they have $1M to invest and a goal of $40,000 in income adjusted annually for inflation. We will compare three different asset allocations—a 100% stock allocation, a 75/25 stock and bond allocation, and a 50/50 stock and bond allocation, the latter being the absolute least amount Bengen suggested holding in stocks.

Specifically, the bond allocation in examples two and three will be the short-term, high-quality DFA Five-Year Global Fixed Income Fund. The stock allocation in each case (scaled by the amount in equities) will be a series of five core asset classes starting with US large-cap stocks and including US and international large and small value companies: 21% DFA US Large Cap Equity (Vanguard S&P 500 Fund before 2013), 21% DFA US Large Value Fund, 28% DFA US Small Value Fund, 18% DFA International Value Fund, and 12% DFA International Small Value Fund. Each allocation is rebalanced annually. In every scenario, the portfolio results will be net of a 1% per year advisory fee to make these examples as realistic as possible.

I will describe each scenario, and you can find a summary chart at the end.

How Did Things Go?

As I often tell new clients, we'd have nothing to worry about if we knew things would work out as well as they have since 1995. The entire period, which might be the one that most conclusively answers the question of how Bengen's research has held up out of sample, finds smooth sailing for the 4% rule. The $1M initial portfolio (net of withdrawals that eventually grew to $70,000 per year in 2020) increased to $5.9M in the 100/0 allocation, $4.2M in the 75/25 allocation, and even $2.7M in the 50/50 allocation. We've seen approximately average stock and bond returns over the last 25 years, which shows how conservative the 4% rule is.

Starting in 2008 would have been another potential disaster for retirees. 2008 was the most significant decline for stocks since The Great Depression. It's hard to imagine how a portfolio could withstand a 50%+ loss on the stock side of the allocation and still hold up OK. But that's what happened; after the bear market came several years of above-average returns for stocks. Despite two more moderate bear markets in 2011 and 2020 (-20% to -30%), the portfolios ended above their initial starting values—$1.2M for the 100/0 allocation, $1.1M for the 75/25, and $1.0M for the 50/50.

Finally, let's look at the period since 2012. This is the first time since the 1940s that the interest rate on the 10-Year Treasury Bond dipped and mostly stayed below 2%, signifying a much lower-than-average future return on bonds and putting more stress on balanced portfolios. Despite the paltry bond returns in recent years, the 4% rule has still held up. The all-stock allocation, unaffected by lower interest rates, ended with $2.1M after withdrawals that had climbed to $46K/yr by 2020, the 75/25 allocation ended at $1.7M, and even the 50/50 managed to grow to $1.3M.

The 4% rule has held up well out of sample, and we should recognize Bengen for his prescient research. Despite several challenging market environments over the last 25 years, keeping spending to a moderate 4% per year (plus raises that match inflation) rate would have allowed retirees to spend comfortably and have enough left over for their beneficiaries after retirement. In each case shown, adding another 1% annually to spending (5%) would have been OK as well, simply reducing the remaining principal value to a more modest level that would have been acceptable to all but the most aspirational of legacy goals.

What about the 75/25 allocation deemed "best" by Bengen? That was more of a mixed bag. Compared to the 50% stock, 50% bond allocation favored by many retirees for its perceived conservatism, the 75/25 came out ahead in every scenario (including all the years in between but not shown). But it trailed, each time, the all-stock portfolio that had the most ending value in every simulation.

How To Think About Asset Allocation In Retirement

For many retirees, though, an all-stock allocation and the severe declines it experiences is too much to handle. It might lead to the most return on paper, but in the real world, an investor might not be able to live through the declines to experience the eventual benefits. Working with a financial advisor who will help coach you to stay the course and not bail out in bad times certainly helps, but sometimes even that guidance isn't enough.

Instead, consider a retirement plan with a 75/25 stock and bond allocation. Adjust upward slightly (to 85% stocks and 15% bonds) if you want even more growth, the chance for an even greater legacy or future spending potential, and feel like (with your advisor's help) you can handle the increased portfolio fluctuations. If 75/25 seems too volatile, or its expected returns are much higher than your plan calls for, don't rush right to the 50/50 allocation. A 65% stock, 35% bond mix is slightly more conservative than 75/25 but preserves most of its expected return. If you need more in spending due to unplanned costs or unexpected inflation increases, you'll be glad you kept your focus on portfolio growth and not on short-term volatility.

If history is a guide, any of these modern asset class allocations should allow you to spend 4% throughout retirement and not have to worry about running out of money, even after considering real-world investment costs and financial advisor fees.