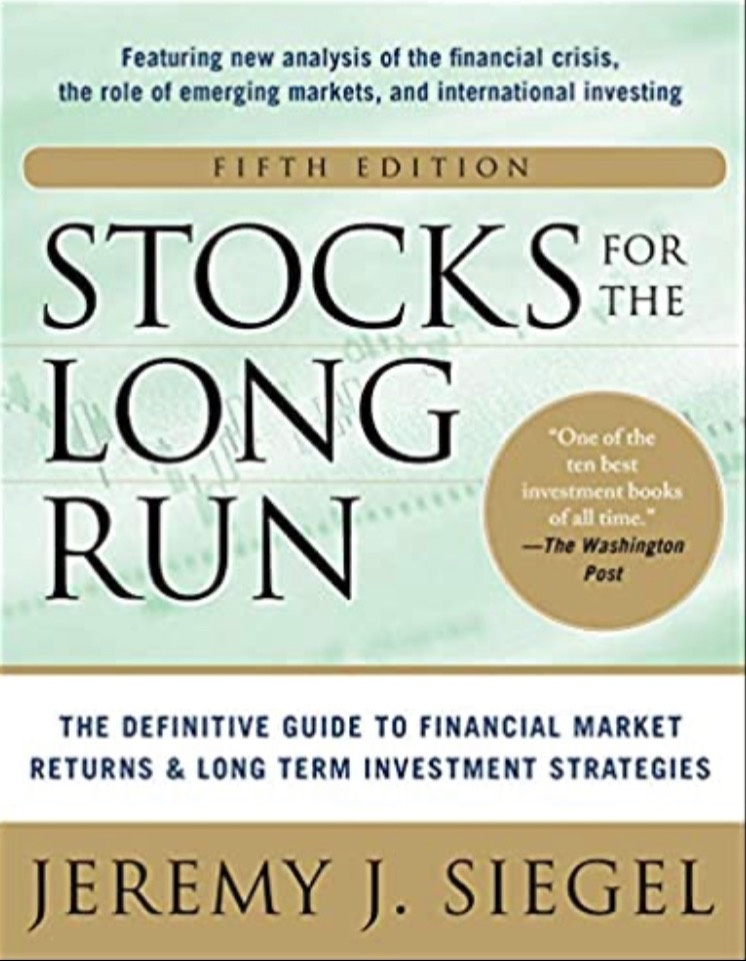 One of the best selling investment books of all time was written by Professor Jeremy Siegel, “Stocks For The Long Run.”  For good reason—the long-term growth of stocks, and especially diversified portfolios, has been exceptional.

Live mutual fund data from Dimensional Fund Advisors on all corners of a global asset allocation is available going back to 1995.  As the chart below shows, $1,000,000 invested in the Dimensional Equity Balanced Strategy in 1995 grew to $13,991,725 by April of this year—a +10.1%/yr return.

Imagine all of the future goals and aspirations that are possible if your savings can compound at even close to this rate of return over time?

But what was the cost of this appreciation?  The growth was certainly impressive but there were a number of violent set backs along the way.  If we look at the worst declines since 1995, we find there have been five different bear markets (-20% or greater loss) over this time period and approximately five other so-called ”corrections” (losses of -10% to -20%).

The right way, then, to look at investing in stocks is this: for the price of a potential high long-term return, you have to put up with a considerable amount of short-term volatility and temporary losses.

So far you’re probably thinking to yourself, if I had a bunch of money that I could afford to set aside and not touch 27 years ago, or for the next 20-30 years, I should do fine.  But what if I’m saving every month to achieve my retirement goals? Or what if I’m drawing a monthly paycheck from my portfolio? Won’t these temporary downturns seriously affect, if not completely ruin, my chances of success?

Most investors believe this to be true—that bear markets or sharp stock market declines are the biggest risk to your long-term financial wellbeing.  Run into one and you’re screwed.  Many financial advisors believe this as well (and are clamoring to sell you market-timing strategies to avoid the declines).  The financial media also perpetuates the idea that a bear market is the beginning of the end of your chances to have a successful investment experience.  Is the common view on bear markets correct?

Should You Keep Saving In a Bear Market?

To find out, I first looked at what would happen as an investor saving for retirement and having the extreme bad luck of starting in the first month of a bear market.  Virtually everyone who is saving for the future and sees the market falling sharply wonders: Should I hold off and wait for things to get better?  Will this decline devastate my savings?  Surprising to many, the answer is no.

The rate of return for the diversified stock portfolio over each of these periods was +8.5% per year, close to the +10.1% return over the entire period.  So starting off at a bad time doesn’t guarantee you’ll experience a meaningfully lower return.

In fact, if you keep saving on a disciplined basis, you could do even better than average—the dollar weighted return for each of these 10-year periods, which includes the effect of when your money was invested, was +11.1% per year—2.6% per year on average better than the return on your funds or the return you would have received if you just invested one time at the start of the period and never invested again.  The bear markets actually helped you get higher returns because some of your savings was invested at temporarily depressed prices and when the portfolio rebounded, you had an even better return on those dollars, improving the overall outcome.

So the evidence is clear—if you’re saving for retirement, don’t stop.  Even if your portfolio is going down, keep going.  Lower prices on your mutual funds and ETFs are like a huge sale allowing you to accumulate more shares at temporarily depressed prices, and staying disciplined could turn out to produce a return even higher than average or the time-weighted return on your investments.

Will a Bear Market Devastate Your Retirement?

To be fair, the conclusion above is the least controversial of my points in this article.  It’s much more common to believe that a bear market will ruin your retirement.  The overwhelming consensus is that you can absorb steep declines while you are still saving, but once you’re pulling money out of your portfolio, a bear market will put you on the fast track to run out of money.

If you’ve read previous blog articles I’ve written, you know this isn’t true.  So let’s remind ourselves how and why.

Similar to the exercise above, I looked at what happened if you had retired in the first month of each of the five bear markets we’ve experienced (May 1998, June 2002, November 2007, May 2011, and January 2020), and kept going through April 2022.  I assumed you started with $1,000,000 and wanted the standard $40,000 per year in retirement withdrawals, adjusted annually for inflation.  The portfolio was again invested in the all-stock DFA Equity Balanced Strategy and excluded any bonds or cash to islotate the effect (or lack of) from a bear market.  I also assumed you had hired a retirement income planner and paid the industry average of 1% per year for ongoing advice, investment management, and behavioral coaching.

If, net of withdrawals, the ending portfolio value in each of these situations had declined to far less than $1,000,000, or worse, been completely exhausted, we would conclude that the bear market had wiped you out.  But by the same measure, if you still had your $1M, or had even more, we would have to conclude that the bear market had no lasting effect.

What did I find?  The ending value of the portfolio in three of the first four bear markets was materially higher than the starting value and the average of all four ending amounts was $1,810,000.  So on average, you almost doubled your principal even after withdrawing $40,000+ every single year.  The fifth bear market, corresponding to the retirement that began in 2020, is also above the starting amount with a portfolio value of $1,110,000.  Even the investor with the worst luck in a generation, who retired in November 2007, has still come out OK—their $1M is worth $878,000 through April ($963,000 through 2021) after almost 15 years of inflation adjusted withdrawals even though they started off with a -57% portfolio decline, the worst stock loss since the 1930s.

What can we take away from this perspective on bear markets and their actual impact on long-term investors?  I think the answers are obvious.

Bear markets and significant short-term setbacks are a natural part of investing in stocks.  Because investors are almost universally risk averse, the volatile nature of stock prices is part of why we should expect high long-term returns.  Simply put, without bear markets, there would be no stock return premium or potential for double-digit gains.  When a bout of volatility hits, the only logical way to think about it is to say “this is what’s necessary for me to earn the returns I need to achieve my goals.”

Bear markets are not, as many think, something to constantly live in fear of, or worse, try to avoid.  The reasons are two-fold.  First, as this article shows, you don’t need to avoid them.  You can likely achieve your long-term saving, spending, and legacy goals (assuming you have reasonable goals and a well-managed portfolio) even if you experience a bear market or a string of them.  Second, no one knows how to time the market to be able to get out of stocks before they go down and then get back in before they go back up.  Your best bet is to not even try.

I’m not saying you will ever learn to love bear markets.  But hopefully having thought through them and their impact on your investment situation, you might come to believe they’re not worth paying as much attention to or worrying so much about.  Maybe you’ll be able to live with them.  And that’s all your financial plan and portfolio probably needs to achieve success.