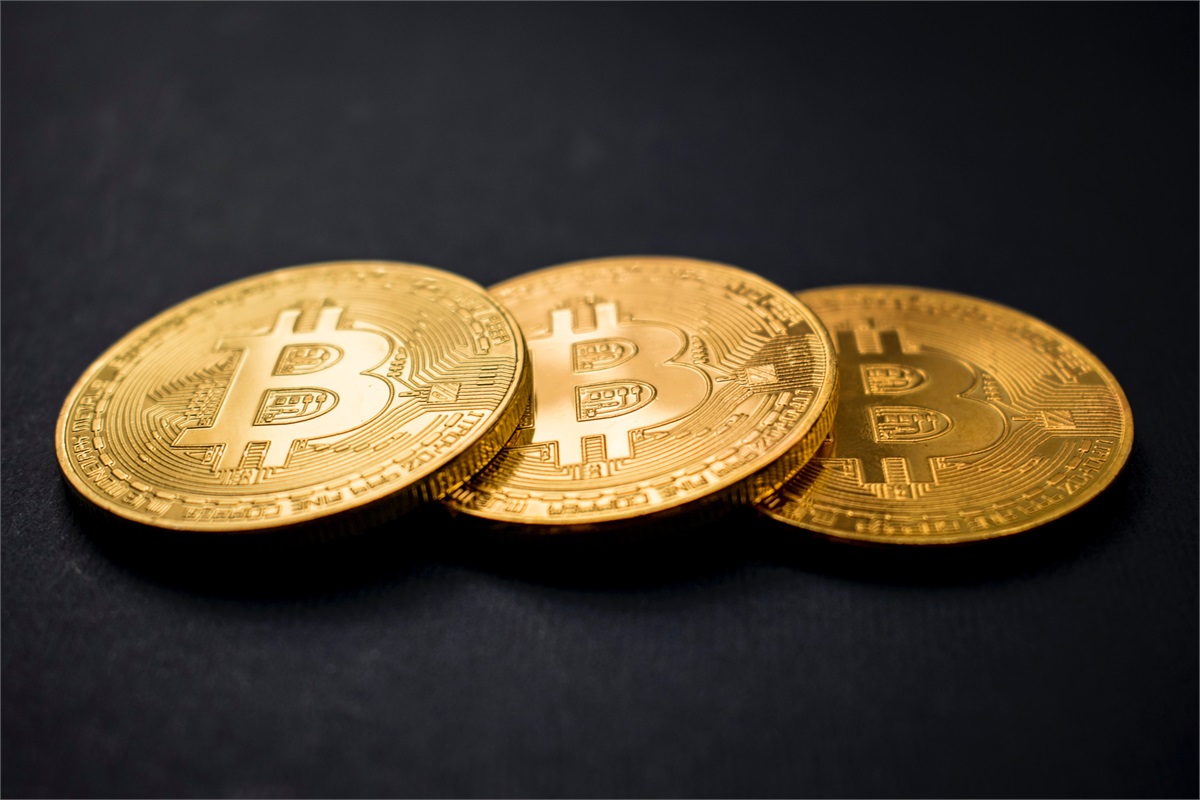 To Bit or Not to Bit: What Should Investors Make of Bitcoin Mania?

Bitcoin and other cryptocurrencies are receiving intense media coverage, prompting many investors to wonder whether these new types of electronic money deserve a place in their portfolios.

Cryptocurrencies such as bitcoin emerged only in the past decade. Unlike traditional money, no paper notes or metal coins are involved. No central bank issues the currency, and no regulator or nation state stands behind it.

Instead, cryptocurrencies are a form of code made by computers and stored in a digital wallet. In the case of bitcoin, there is a finite supply of 21 million,1 of which more than 18.5 million are in circulation.2 Transactions are recorded on a public ledger called blockchain.

People can earn bitcoins in several ways, including buying them using traditional fiat currencies3 or by “mining” them—receiving newly created bitcoins for the service of using powerful computers to compile recent transactions into new blocks of the transaction chain through solving a highly complex mathematical puzzle.

For much of the past decade, cryptocurrencies were the preserve of digital enthusiasts and people who believe the age of fiat currencies is coming to an end. This niche appeal is reflected in their market value. For example, at a market value of $57,000 per bitcoin,4 the total value of bitcoin in circulation is less than half of a percent of the aggregate value of global stocks and bonds. Despite this, the sharp rise in the market value of bitcoins over the past weeks and months have contributed to intense media attention.

What are investors to make of all this media attention? What place, if any, should bitcoin play in a diversified portfolio? Recently, the value of bitcoin has risen sharply, but that is the past. What about its future value?

You can approach these questions in several ways. A good place to begin is by examining the roles that stocks, bonds, and cash play in your portfolio.

Companies often seek external sources of capital to finance projects they believe will generate profits in the future. When a company issues stock, it offers investors a residual claim on its future profits. When a company issues a bond, it offers investors a promised stream of future cash flows, including the repayment of principal when the bond matures. The price of a stock or bond reflects the return investors demand to exchange their cash today for an uncertain but greater amount of expected cash in the future. One important role these securities play in a portfolio is to provide positive expected returns by allowing investors to share in the future profits earned by corporations globally. By investing in stocks and bonds today, you expect to grow your wealth and enable greater consumption tomorrow.

Holding cash does not provide an expected stream of future cash flow. One US dollar in your wallet today does not entitle you to more dollars in the future. The same logic applies to holding other fiat currencies — and holding bitcoins in a digital wallet. So we should not expect a positive return from holding cash in one or more currencies unless we can predict when one currency will appreciate or depreciate relative to others.

The academic literature overwhelmingly suggests that short-term currency movements are unpredictable, implying there is no reliable and systematic way to earn a positive return just by holding cash, regardless of its currency. So why should investors hold cash in one or more currencies? One reason is because it provides a store of value that can be used to manage near-term known expenditures in those currencies.

A lot of volatility has occurred in the exchange rates between bitcoins and traditional currencies. That volatility implies uncertainty, even in the near term, in the amount of future goods and services your bitcoins can purchase. This uncertainty, combined with possibly high transaction costs to convert bitcoins into usable currency, suggests that the cryptocurrency currently falls short as a store of value to manage near-term known expenses. Of course, that may change in the future if it becomes common practice to pay for all goods and services using bitcoins.

If bitcoin is not currently practical as a substitute for cash, should we expect its value to appreciate?

The price of a bitcoin is tied to supply and demand. Although the supply of bitcoins is slowly rising, it may reach an upper limit, which might imply limited future supply. The future supply of cryptocurrencies, however, may be very flexible as new types are developed and innovation in technology makes many cryptocurrencies close substitutes for one another, implying the quantity of future supply might be unlimited.

Future regulation adds to this uncertainty. While recent media attention has ensured bitcoin is more widely discussed today than in years past, it is still largely unused by most financial institutions. It has also been the subject of scrutiny by regulators. For example, in a note to investors in 2014, the US Securities and Exchange Commission warned that any new investment appearing to be exciting and cutting-edge has the potential to give rise to fraud and false “guarantees” of high investment returns.6 Other entities around the world have issued similar warnings. It is unclear what impact future laws and regulations may have on bitcoin’s future supply and demand (or even its existence). This uncertainty is common with young investments.

All of these factors suggest that future supply and demand are highly uncertain. But the probabilities of high or low future supply or demand are an input in the price of bitcoins today. That price is fair, in that investors willingly transact at that price. One investor does not have an unfair advantage over another in determining if the true probability of future demand will be different from what is reflected in bitcoin’s price today.

So, should we expect the value of bitcoins to appreciate? Maybe. But just as with traditional currencies, there is no reliable way to predict by how much and when that appreciation will occur. We know, however, that we should not expect to receive more bitcoins in the future just by holding one bitcoin today. They don’t entitle holders to an expected stream of future bitcoins, and they don’t entitle the holder to a residual claim on the future profits of global corporations.

None of this is to deny the exciting potential of the underlying blockchain technology that enables the trading of bitcoins. It is an open, distributed ledger that can record transactions efficiently and in a verifiable and permanent way, which has significant implications for banking and other industries, although these effects may take some years to emerge.

When it comes to designing a portfolio, a good place to begin is with one’s goals. This approach, combined with an understanding of the characteristics of each eligible security type, provides a good framework to decide which securities deserve a place in a portfolio. For the securities that make the cut, their weight in the total market of all investable securities provides a baseline for deciding how much of a portfolio should be allocated to that security.

Unlike stocks or corporate bonds, it is not clear that bitcoins offer investors positive expected returns. Unlike government bonds, they don’t provide clarity about future wealth. And, unlike holding cash in fiat currencies, they don’t provide the means to plan for a wide range of near-term known expenditures. Because bitcoin does not help achieve these investment goals, we believe that it does not warrant a place in a portfolio designed to meet one or more of such goals.

If, however, one has a goal not contemplated herein, and you believe bitcoin is well suited to meet that goal, keep in mind the final piece of our asset allocation framework: What percentage of all eligible investments do the value of all bitcoins represent? When compared to global stocks, bonds, and traditional currency, their market value is tiny. So, if for some reason an investor decides bitcoins are a good investment, we believe their weight in a well-diversified portfolio should generally be tiny.7

Because bitcoin is being sold in some quarters as a paradigm shift in financial markets, this does not mean investors should rush to include it in their portfolios. When digesting the latest article on bitcoin, keep in mind that a goals-based approach based on stocks, bonds, and traditional currencies, as well as sensible and robust dimensions of expected returns, has been helping investors effectively pursue their goals for decades.

3A currency declared by a government to be legal tender.

5Describes an outcome that is possible (or not impossible) to occur.

6“Investor Alert: Bitcoin and Other Virtual Currency-Related Investments,” SEC, 7 May 2014.

7Investors should discuss the risks and other attributes of any security or currency with their advisor prior to making any investment.

The opinions expressed are those of the author and are subject to change. The commentary above pertains to bitcoin cryptocurrency. Certain bitcoin offerings may be considered a security and may have different attributes than those described in this paper. Dimensional does not offer bitcoin.

This material is not to be construed as investment advice or a recommendation to buy or sell any security or currency. Investing involves risks including possible loss of principal. Stocks are subject to market fluctuation and other risks. Bonds are subject to increased risk of loss of principal during periods of rising interest rates and other risks. There is no assurance that any investment strategy will be successful. Diversification does not assure a profit or protect against loss.

Dimensional Fund Advisors LP is an investment advisor registered with the Securities and Exchange Commission.