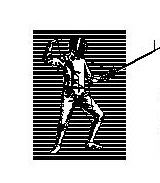 The Only Returns That Matter

The best performing stock mutual fund during the decade of 2000-2009 was the CGM Focus fund, returning +18.2% per year. Investors in the fund actually lost an average of -11% per year.

The Morningstar Domestic-Stock Mutual Fund Manager of the Decade for the 2000-2009 period was Bruce Berkowitz at Fairholme. Over the last 15 years, his fund earned a very respectable +8.4% per year. Investors in the fund? Just +3.9% per year (4.5% per year less).

Over the last 10 years, we’ve seen a dramatic rise in the popularity of index fund investing. It’s become conventional wisdom that simply buying an S&P 500 Fund is a reasonable starting point for all investors. The Vanguard S&P 500 earned +7.4% over the last decade, and yet investors in the fund have managed to keep only +4.0% per year (3.4% per year less).

How does this happen? Because investors don’t simply buy investments and hold on to them. We’re constantly looking for better performance, or to avoid a significant decline. We wind up buying and selling at the wrong time.  This behavior results in much lower returns for investors than the returns on the actual investments themselves.  While most people focus on investment returns, clearly it is investor returns that matter.  The gap between investment and investor returns for most people is far greater than small differences in expenses, taxes, or advisory fees.