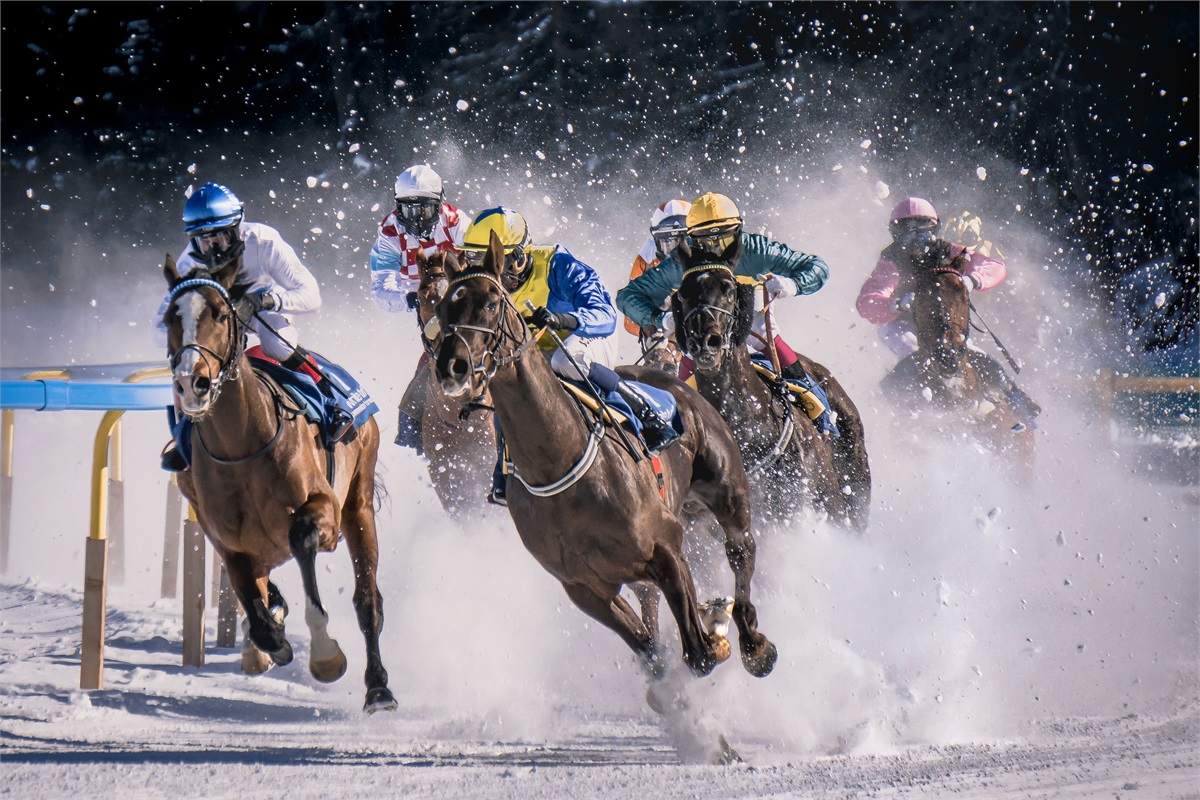 The Best Retirement Portfolio Has More Stocks Than You Think

Nick Murray is fond of saying that retirement investing is not a problem of "principal loss," but instead "a loss of purchasing power."  What does he mean?  Over a traditional, two-person retirement of approximately 30 years, you will need over $2.40 in income by the end for every $1.00 that you started off spending, just to keep pace with your increased cost of living at average, 3% per year inflation. Assume just 1% higher inflation during your retirement, 4%, and that need grows to $3.24. That's a big increase in income, just to maintain your standard of living, or your retirement income "purchasing power."

Retirees and those nearing retirement are almost always more focused on preserving their investment principal and "not losing," but what you should be concerned with is the gradual but irreversible erosion of your income's purchasing power if your portfolio doesn't continue to grow faster than the rate at which you are taking withdrawals.  Taking more and more from a static or declining principal base is the surest way to run out of money.

Transitioning from principal risk to purchasing power risk as the main retirement obstacle results in a paradigm shift in terms of investing for and in retirement.  Why?  If you have been focused on not losing investment principal, you've either been trying to "time the market," (which doesn't work), or you've been investing more in bonds and cash that don't fluctuate much, but also don't return much.  Staying on this path, you could easily find that 15 or 20 years into retirement you have been drawing down portfolio principal to fund withdrawals, resulting in permanent losses you cannot make up given your low overall returns.  By trying to avoid losses, you wind up experiencing the very thing that you feared.

The answer to the purchasing power problem is to accept more volatility in your retirement investments.  In general, more volatile investments like stocks have greater long-term returns that can propel your portfolio higher than the rate at which you're drawing from it.  In this sense, volatility isn't something to be avoided, as we so often hear.  Instead, volatility -- the swings in value of your investments, both up and down -- is the side effect of earning higher expected returns.  If you want lower returns, you can have lower volatility in your investments; but if higher returns are what you need, the tradeoff has to be greater short-term price swings and potential losses.  You can't have it both ways.

Let's apply some hypothetical examples to this framework, starting in 1995, when a bevy of live Vanguard and DFA stock and bond mutual funds in all global markets were available.  In each case, assume an investor has just retired with $1M needing $50,000 (5%) yearly from their portfolio, increased annually by last year's inflation rate.

The chart below shows the results of three Vanguard asset allocation mutual funds: their "Lifestrategy" 80/20 (stock and bond) Fund, 60/40 Fund, and 40/60 Fund.  If you're of the traditional mindset and are aiming to minimize your retirement portfolio's volatility and short-term losses, you would have chosen the 40/60 mix.  The 80/20 mix instead represents a portfolio that is more focused on growth and better for investors who want higher-expected returns and are willing to tolerate more volatility.  The 60/40, or course, splits the two.

All three portfolios managed to last 26 years and were able to sustain the growing withdrawals that had reached $87K in 2020 after factoring in inflation.  But which one had the most principal at the end, and represented the opportunity to draw out an even larger amount of income or leave a greater legacy to beneficiaries?  The fund that allocated 80% to stocks and just 20% to bonds, "80/20," came out far ahead -- it had over $3.8M by April 2021, compared to $3.1M for the 60/40 Fund and just $2.1M for the 40/60 Fund.

Accepting more volatility in pursuit of higher returns meant ending the 25+ year period with over $1.7M more in investments, despite the greater short-term swings in value and temporary losses.

PUTTING THE PEDAL TO THE METAL

How far can we push the concept of higher retirement portfolio stock allocations in the pursuit of higher returns that allow for increased spending or an even larger legacy to beneficiaries?  What about 100% in stocks? What about adding in higher expected stock return asset classes: value and small caps?

The chart below illustrates the same retirement simulation as above, but invests instead in the DFA Equity Balanced Strategy Model as it appeared in the 1995 DFA Matrix Book, which includes not just the S&P 500, but US and international value and small cap stocks, as well as emerging markets.  The increased allocation to stocks in general and small cap and value stocks in particular made a huge difference -- the DFA all-stock asset class portfolio ended with over $6.7M, over 3x the amount of the Vanguard 40/60 Fund.

In the long run, you're clearly better off with a higher stock allocation in your retirement portfolio, and also incorporating small cap and value stock asset classes.

The example above assumes retirement started in 1995, a scenario that saw five years of tremendous US stock gains before the first bear market in 2000.  What if you weren't so lucky?  Maybe you're concerned about a big bear market early in your retirement years that puts such a large dent in your portfolio that you never recover.  Industry researchers call this "sequence-of-returns risk."  How much of a concern is it?  And under this potential scenario, doesn't it make sense to have much more in bonds to cushion the blow?

At first glance below, sequence risk seems very real.  If we instead start the simulation in 2000, we find the 80/20 Fund had just $79K left over after 21 years of withdrawals, representing just one more year before the portfolio is depleted.  The 60/40 Fund, with more bonds, did better -- it had $361K remaining.  The 40/60 Fund did the best with $466K in principal remaining, which represents almost six more years of annual income that has risen to over $77K annually adjusted for inflation.

Does this outcome contradict my prior point, that higher stock allocations in retirement portfolios result in lower long-term risk as measured by purchasing power?

All three Vanguard Lifestrategy Funds held and still hold as their primary stock position the Vanguard US Total Stock Index Fund (with the other stock holding being the Vanguard Total International Stock Index).  At the turn of the century (and today!), the US Total Stock Index Fund held a significant over-allocation to the largest growth stocks that had done exceptionally well in the 1990s but were poised to plummet starting in 2000.  Whether the fund held 80% in these stocks, 60%, or 40%, the ensuing bear market was excessively brutal for each strategy.  Sure, the 40/60 fared better than the 80/20, due to more bonds (bond yields were much higher in 2000 than they are today), but every Lifestrategy Fund was still well on its way to being depleted prior to the 30-year end period (2029) we had hoped to survive.

What about our all-stock allocation that included small cap and value stocks?  If the 80/20 imploded, surely even more stocks, and more volatile asset classes, would have crashed and burned prior to 2021, right?

The DFA Equity Balanced Strategy as it appeared in the 2000 DFA Matrix Book sailed through the last 20+ years.  No bonds, no problem.  Diversification made all the difference.

By April 2021, the DFA Equity Balanced Strategy Model had grown to over $2.4M, net of all withdrawals, representing an entirely different retirement experience.  Not only did the diversified, all-stock allocation not come close to running out of money, with over three decades left of withdrawals still sitting in the account, it has allowed for a significantly greater legacy to beneficiaries after retirement.  As of April 2021, the $2.4M left represents over 5x the amount remaining in the Vanguard Lifestrategy 40/60 Fund.

Ultimately, the examples above are instructive for retirees and those planning to retire soon.

In short: The best retirement portfolio today has more stocks (in terms of the overall allocation AND the number of asset classes) than you think.  Spread the word. 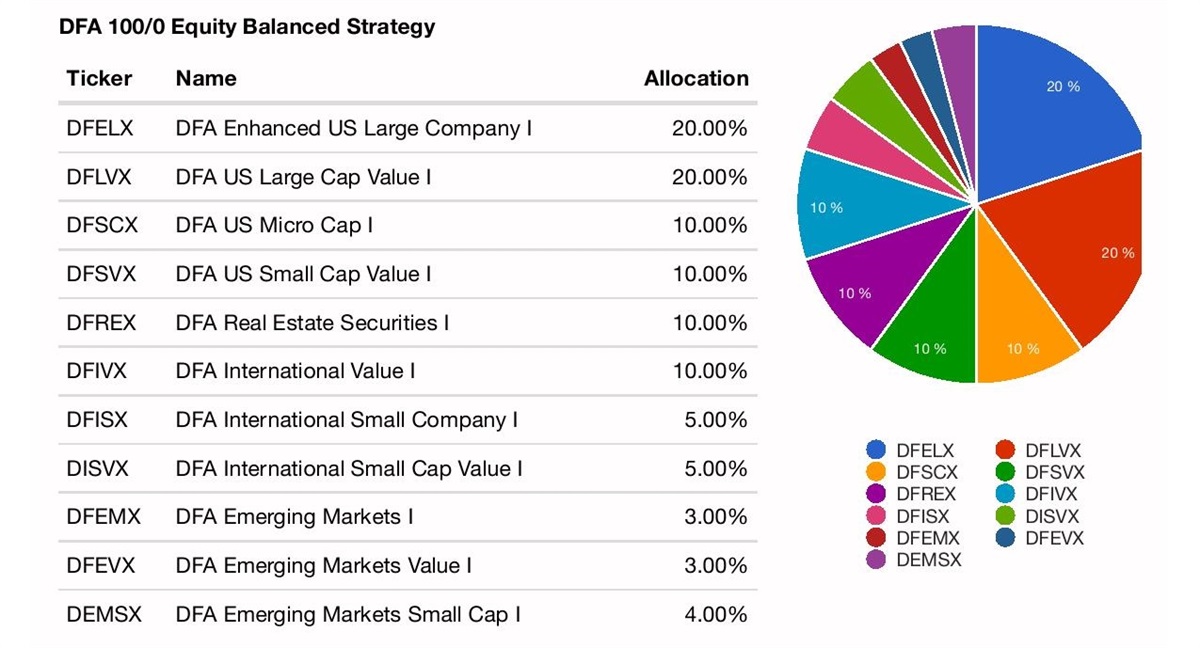