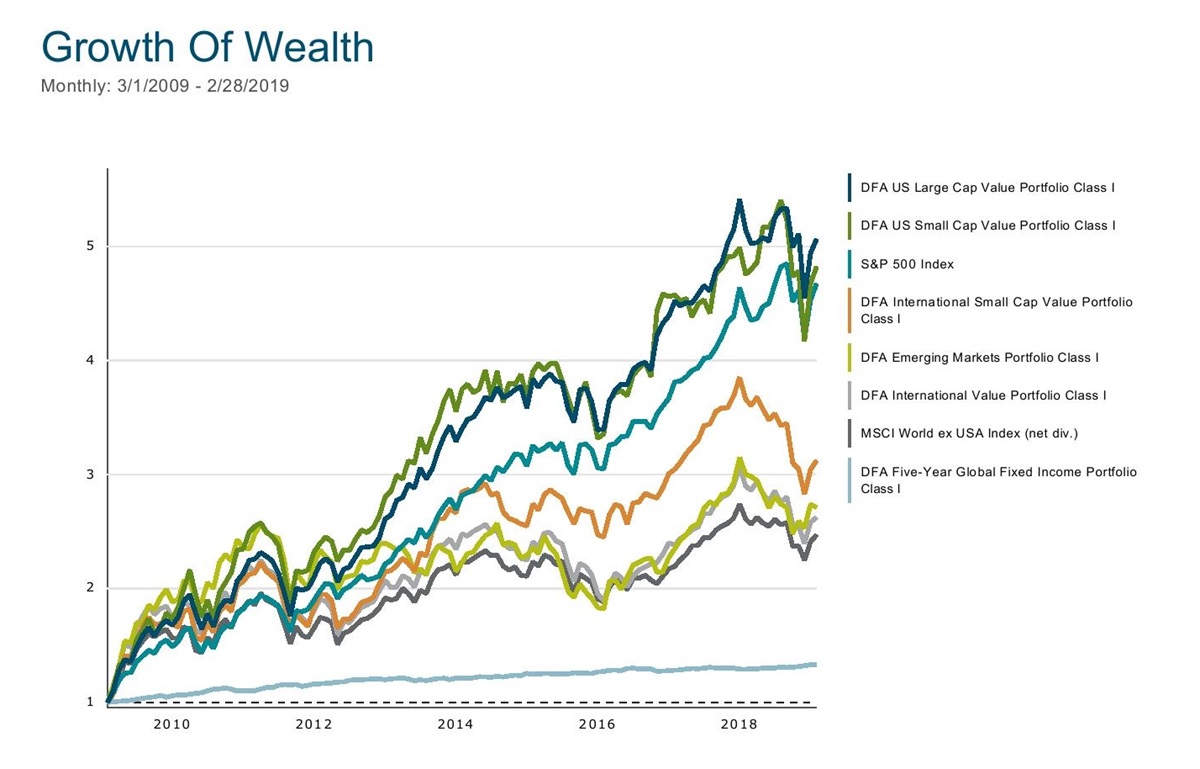 It Pays To Be Optimistic

February marked the 10-year anniversary of the end to the 2008/2009 bear market.  There weren't a lot of signs in early 2009 that we had seen the last of the losses that had piled up over the previous two years, as the stock market dropped over 50% from its previous highs, its worst decline in 70 years.  On the day the market started to recover (March 9th), the most successful investor of all time had cautioned that "the economy had fallen off a cliff." 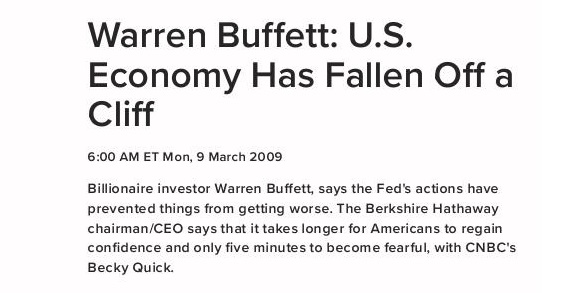 But recover it has.  And arguably by more than anyone would have expected.

A look at the last 10 years shows incredibly strong returns for US stocks, with the S&P 500 gaining 367% (+16.7% per year), and US large and small value stocks earning slightly more (+17.6% and +17.0% per year, respectively).  International stocks didn't perform as well after far outpacing US stocks from 2000-2009, but and small-cap diversification still paid off. International large value stocks returned +10.1% per year and international small value stocks gained +12.1% per year -- both above the +9.5% return on the MSCI World ex-US Index.  Emerging markets were up 10.5% annually.  All stock asset classes earned much higher returns than global short-term bonds, which had held up remarkably well during the bear market and liquidy crisis. 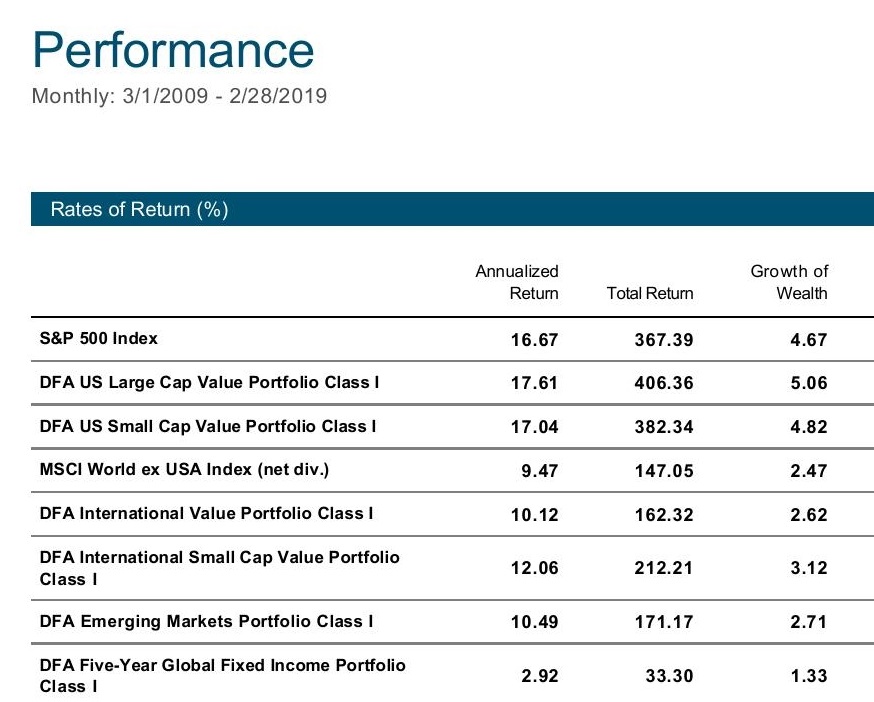 It's hard to look at this data and come away with any other conclusion but that it pays to be optimistic.