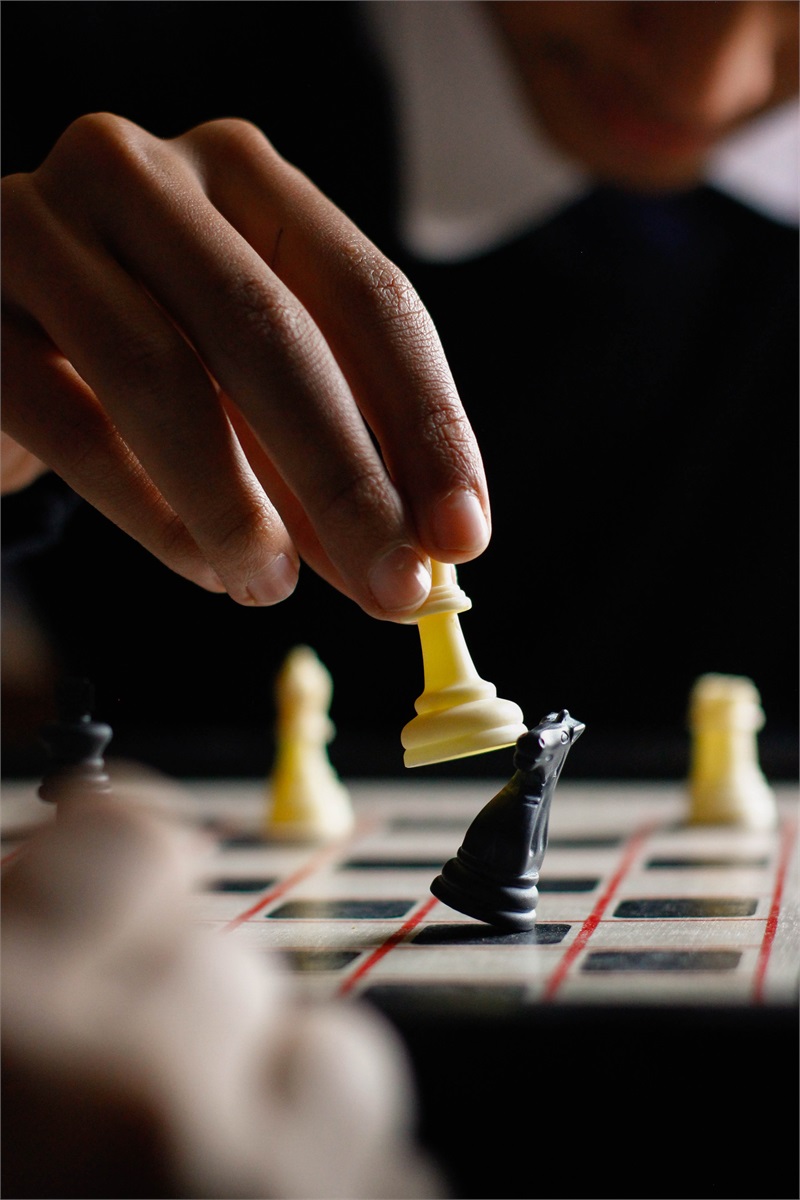 Dimensional's approach to value investing is designed to provide a sharper and more consistent focus on the lowest-priced stocks that have historically had the highest long-term returns.  But this approach leads to significant differences in short-term returns compared to the market (S&P 500) or other value index funds such as those from Vanguard.  When value stocks are outperforming, Dimensional's focused approach will perform better.  When value is underperforming, this approach will underperform.  But over time, it should produce higher returns, making the painful periods of underperformance worthwhile.

A look at the different value and growth cycles since 2000, including the recent surge for value stocks, will show that the under/outperformance for DFA's value funds compared to the market and other value index funds is both logical and predictable.

Starting in 2000, which coincided with the collapse in the 1990s tech stock bubble, we see a disappointing return (CAGR, or "Compound Average Growth Rate" in the tables below) for the Vanguard S&P 500 Index, just +1% per year, but an extremely strong seven-year run for value stocks.  During this stretch, the more focused nature of Dimensional's value funds is clear: they outperformed Vanguard's value index funds by almost 4.5% per year, and beat the large-growth dominated S&P 500 Index by almost 14.5% per year! 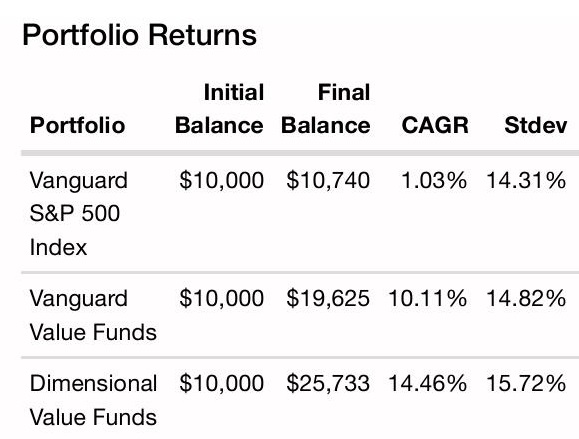 The years from 2007 through 2008 were best known for the bear market/real estate crisis, but it was also a stretch of underperformance for value stocks and, by extension, Dimensional's more focused value funds.  All stocks lost a lot over these two years, but deeper value stocks lost the most. 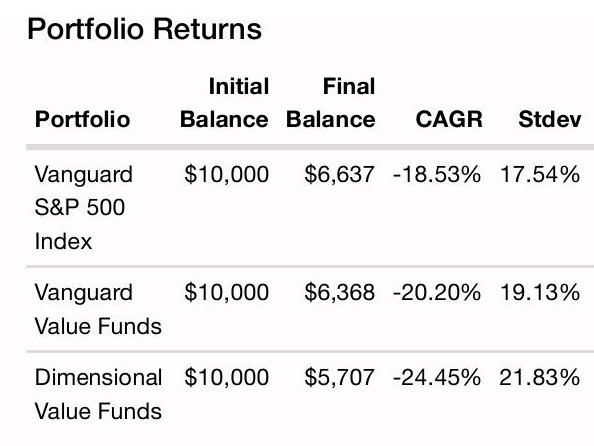 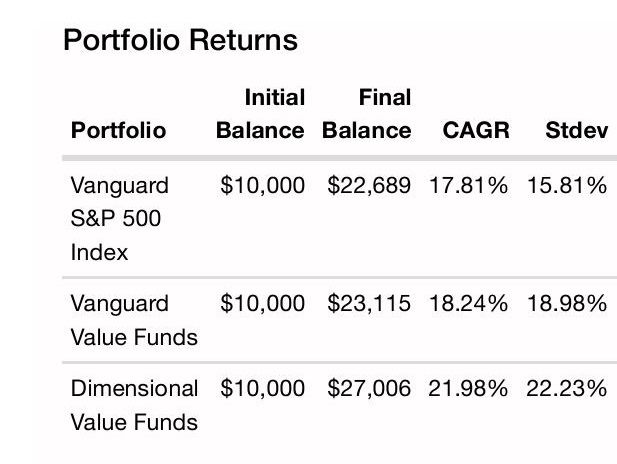 After a strong five-year run for value stocks, they took a breather between 2014 and 2015.  While the S&P 500 gained over 7% a year, the Vanguard value funds earned only +4% and, as expected Dimensional's value funds did even worse, barely generating a positive return.  Ugh. 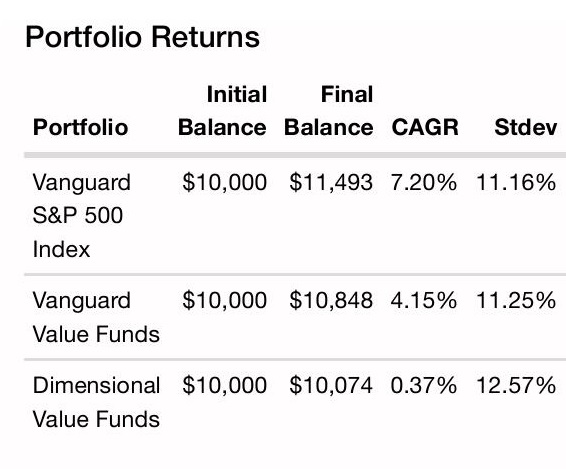 After a lackluster two years, stocks overall and value stocks in particular bounced back in 2016.  The S&P 500 had above average return--+11.8%--and value stocks did much better.  Once again, when value outperformed, Dimensional's more focused value funds generated almost +3% higher returns than Vanguard's value index funds. 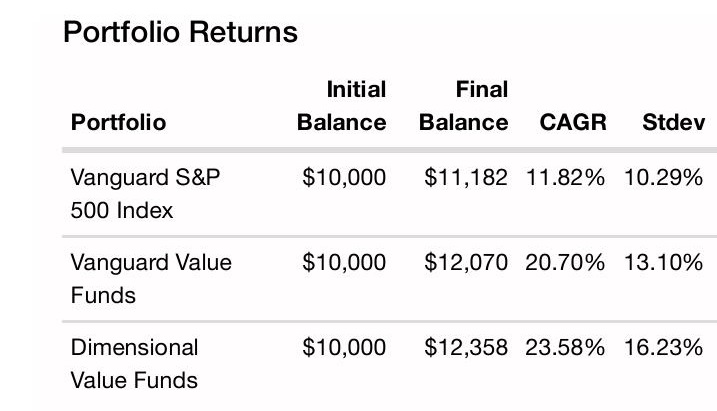 The period beginning in 2017 through last September was brutal.  The S&P 500 had above-average returns while value stocks were flat to negative!  As I have mentioned before, this is the worst stretch for value stocks compared to growth stocks and the overall market in history.  The frustration you felt as your portfolio lagged behind the overall market was for good reason and totally understandable.  As you would expect, given the extreme underperformance for value stocks, Dimensional's focus on a deeper subset of the value stock universe didn't help over this period--while Vanguard's value index funds gained about +3% per year, the Dimensional value funds were down over 1% per year! 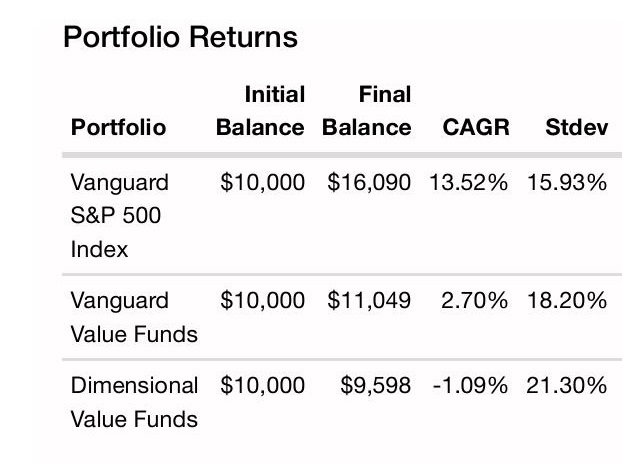 Beginning in October of last year, however, the performance for value stocks compared to growth stocks and the overall market took a dramatic turn.  The stock market (S&P 500), which began to rebound in late March of 2020, has continued to perform well since October.  But value stocks have exploded.  The S&P 500's return through February was +14%, but Dimensional's focused value funds returned over +42% in just five months!  With a spread this large between growth and value stocks, we would expect to see a large return difference between Dimensional and Vanguard's value funds/index funds, and that's exactly what has happened.  Vanguard's value index funds have underperformed the Dimensional value mix by over 11%. 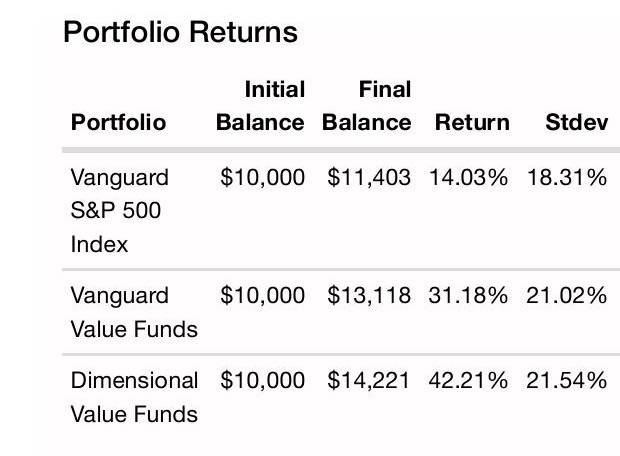 Over the entire period, which includes several stretches where value has outperformed and others where growth stocks and the S&P 500 did better, we find that value stocks came out ahead, as expected.  While the S&P 500 has only returned +6.5% per year since the turn of the century, value stocks as defined by Vanguard did almost +2% per year better, which is similar to the long-term evidence based on index data dating back to the 1920s.  Dimensional's more focused approach to value investing had a predictable result, it outperformed the market by almost 3% per year, and Vanguard's value index funds by over +1% per year.

Focused value investing was worth the trouble. 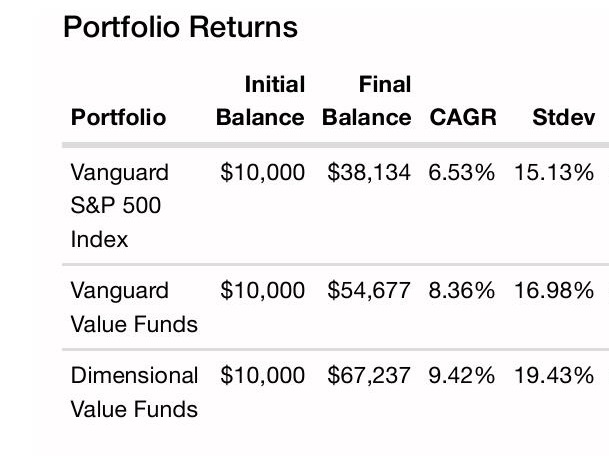 Staying the course is the key ingredient to overall investing success and earning the higher expected returns from focused value investing.  Hopefully by revisiting the ups and downs we've seen over the last 20+ years, and the relative results that have predictably resulted, you will be better prepared for the future whether value continues to excel or not.