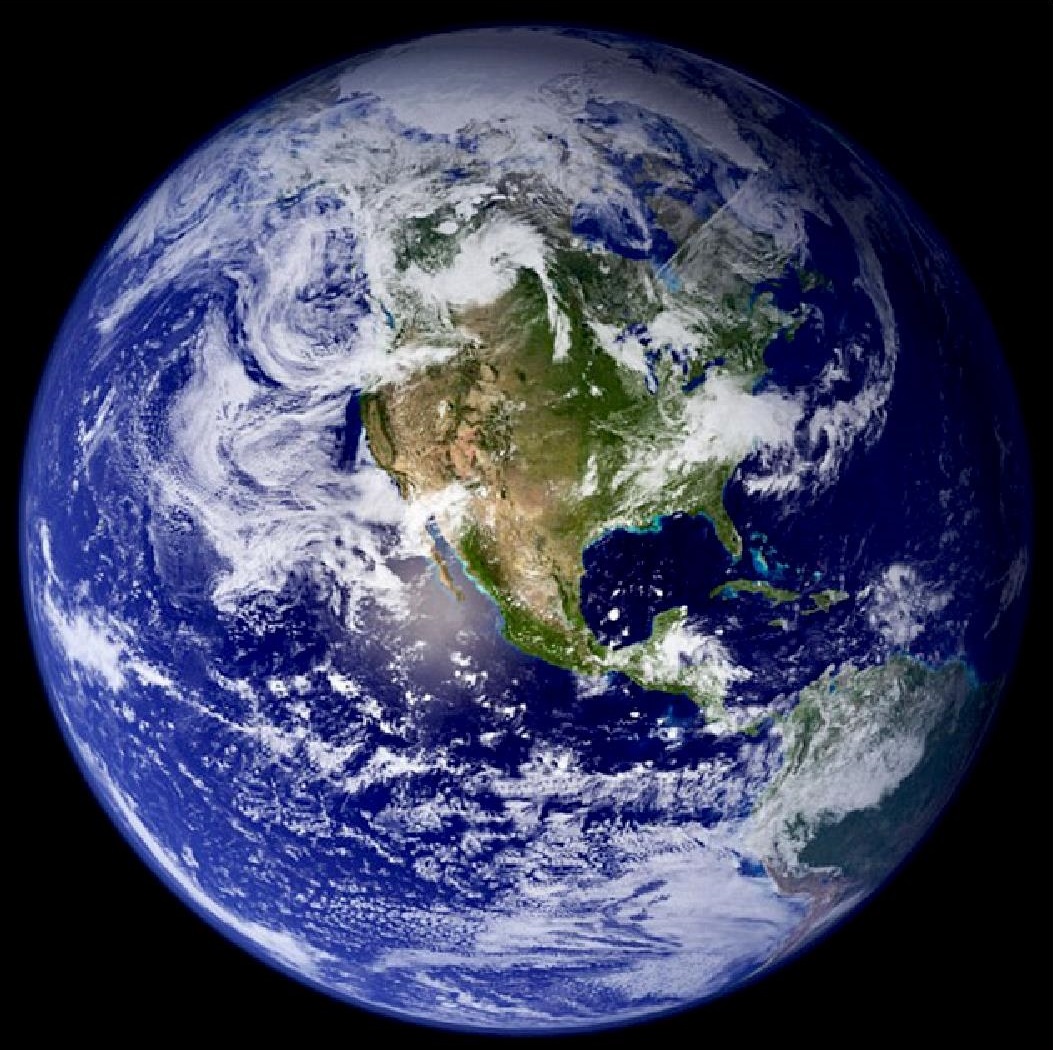 The chart below lists the 117-year, inflation-adjusted returns on every major stock market in the world.  You'll notice that the US stock market has been a particular standout, returning +6.4% per year more than inflation (nearly 10% per year before inflation).  The World Stock Index ("WLD") sits 7 bars to the left of the US and has returned only +5.1% per year.  Only Australia (+6.8%) and South Africa (+7.2%) have performed better than the US. 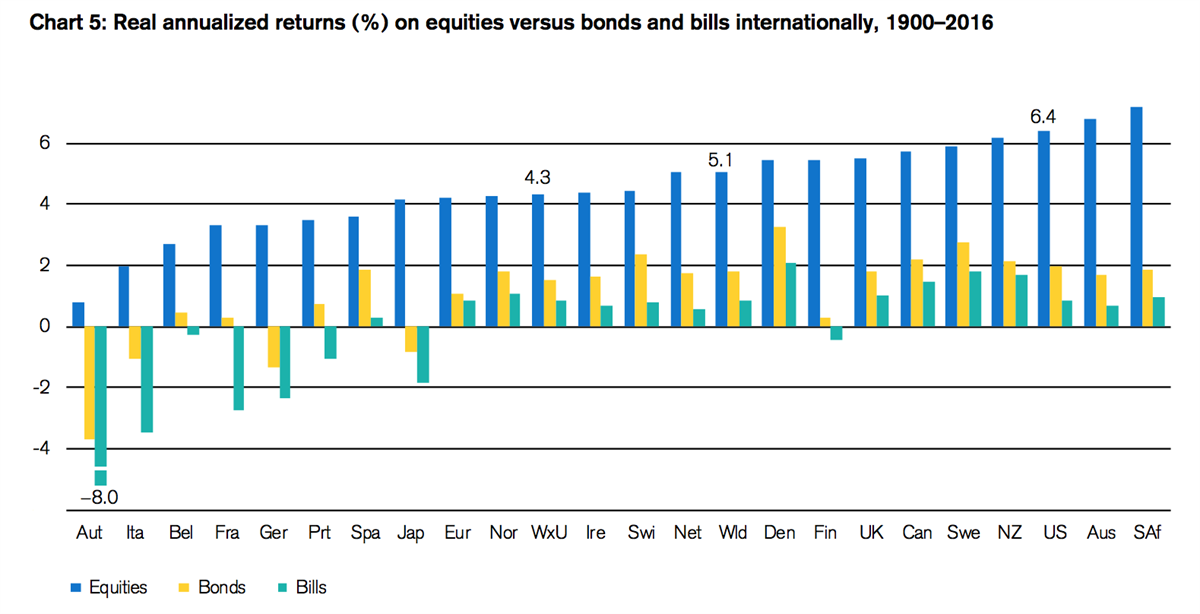 The stellar returns of the US stock market over the last century (as well as the last 5 years) lead many to conclude that you don't need to diversify globally.  This is a view held by Vanguard Funds founder John Bogle, as we discussed yesterday.

But let me suggest you look at the data in a different way.  Ask yourself: Was it possible that you wouldn't have known in 1900 who the best performing stock markets were going to be?  Today, the US market dominates the World in terms of its size, representing over 50% by market capitalization.  But it didn't always look this way.  In 1900, the UK was far larger than the US and Germany was also similar in size (they went on to underperform the US market by 2% per year and the World average by 0.8% per year).

Imagine you were an investor in each of the 21 countries represented in the chart above, and you chose to invest exclusively in your own country.  If you were lucky, you would have been an investor in Denmark, Finland, the UK, Canada, Sweden, New Zeland, the US, Australia or South Africa.  Each of these 9 countries had higher returns than the world average.  As mentioned before, the best-performing country saw returns of 2.1% per yearmore than the World average.  But if you were unlucky, and were a citizen of one of the 12 countries that underperformed the World Index, you would have seen a far lower return.  The worst performing country was Austria, with a return of just 0.8% per year over inflation -- 4.3% per year less than the World average.

Finally, let's bring this discussion back to the practical aspect of achieving your long-term goals.  Let's assume that stock returns over the remainder of your lifetime mirror the historical results since 1900.  Would it be possible to achieve your objectives with a compound stock return of 5% in excess of inflation (about 8% including the long-term inflation rate of 3%)?  If not, you may want to reassess how realistic your goals are.  Of course, earning 6% or 7% instead of 5% might allow you to achieve even more.  But you have to consider not just the benefits of more, but the cost of earning less.  The worst performing stock market historically failed to exceed a 1% return.  Two countries were unable to generate 3% returns and three other countries didn't get to a 4% real return.  How many of your goals would be sacrificed if your long-term returns were only 1%, 2%, or 3% per year net of inflation?  And is that gamble worth it to squeeze out another 1% to 2% that we'll inevitably see from the top-performing countries in the world above the World average?

I don't think so.  For serious, long-term investors, global returns should be good enough.

Past performance is not a guarantee of future results. Index performance shown includes reinvestment of dividends and other earnings but does not reflect the deduction of investment advisory fees or other expenses except where noted. This content is provided for informational purposes and should not to be construed as an offer, solicitation, recommendation or endorsement of any particular security, products, or services.