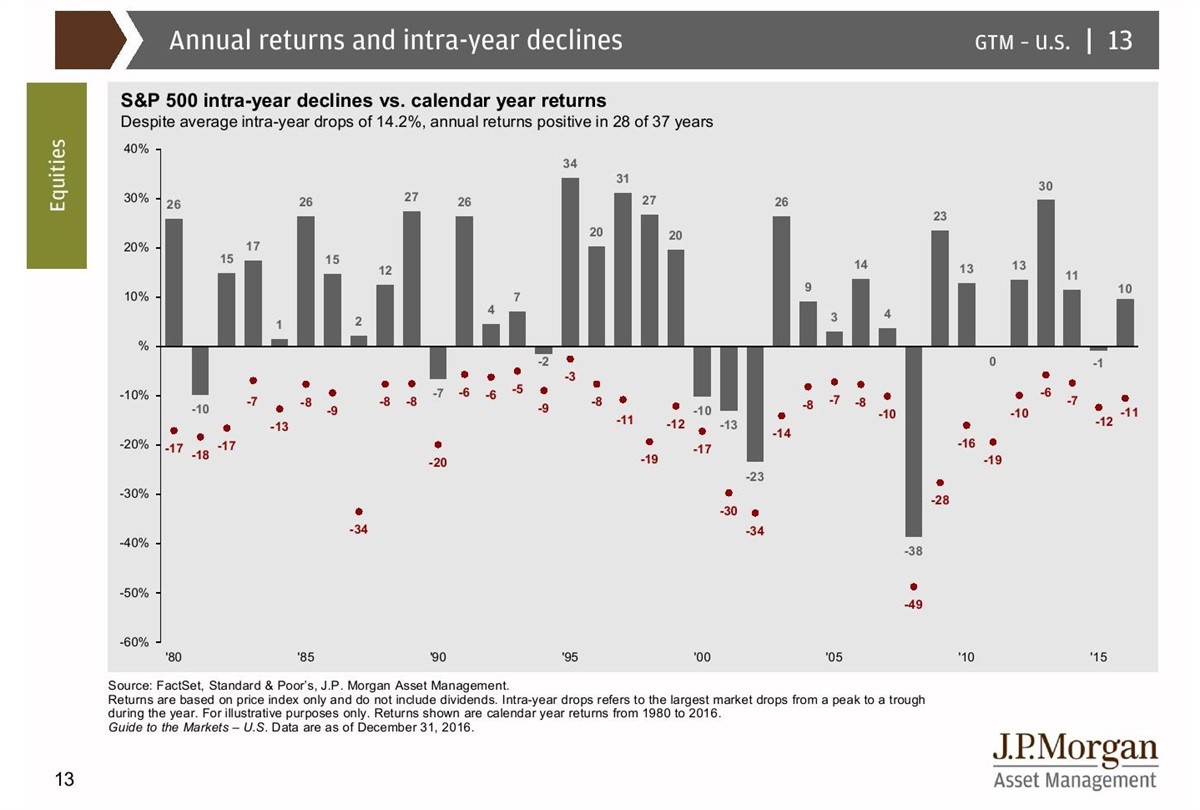 "Dow Industrials plunge more than 1,100, the biggest one-day point drop ever..." was a headline after the market closed today.  Why lead with the point decline and not the percentage decline? A 4% drop isn't nearly as alarming, and you might be less inclined to click on the headline.

On a day in October of 1987, the Dow dropped 23% -- about six times as much as today's decline.  Almost a quarter of stock market value was temporarily wiped out in eight hours after a loss of 508 points.  If we had experienced the percent loss at that time which we saw today, the Dow would have only gone down 80 points -- there would be no such thing as "Black Monday."  But the Dow was approximately 1,700 in the late 1980s, a far cry from the 27,000 level we reached earlier this year.  A 1,000 point drop would be catastrophic when the Dow was 1,700; today it's just a blip.  Said differently, 1,000 points ain't what it used to be.

How much of a blip was today's move? The chart above shows the annual returns on the S&P 500 every year since 1980.  The red number at the bottom of each year lists the maximum, intra-year decline.  We forget how volatile stocks are in the short run because the long-term trend is relentlessly positive and returns are so impressive.  Despite the fact that the S&P 500 was positive in 28 of 37 years between 1980 and 2016, it experienced a drawdown from its peak every single year.  On average, the intra-year decline on the S&P 500 was -14.2%, ranging from just -3% to -49% in 2008.  One way to interpret this data is that you should expect to lose at least 15% of your stock portfolio at some point throughout the year, every year.  Any year where the maximum peak-to-trough decline is less than -14%, like last year, is a less volatile year and shouldn't be expected to persist.

Of course, I can't discuss short-term losses without also pointing out the long-term returns on the S&P 500 over the 1980-2016 period.  The "gain" you received for putting up with the unpredictable short-term "pain."  The average return on stocks over this period was +11.5% annually.  $1 in the S&P 500 was worth $56 by year-end 2015.  In a globally-diversified portfolio (see Dimensional Equity Balanced Strategy Index) you would have done even better -- ending with $114 because of 2% a year higher returns.  But what if you decided to avoid these unpredictable but inevitable short-term declines and invest in risk-free Treasury Bills?  You would have earned just  +4.4% a year and your $1 barely reached $5.  Looked at through this lens, temporary stock market declines or significant one-day drops are not something the long-term, growth-oriented investor should worry about or try to avoid.  The very presence of the short-term volatility is one of the reasons long-term stock returns are so high.  Without the short-term losses, returns would be much lower and unlikely to allow you to achieve your long-term goals.  You might not like the stock market volatility, but you cannot be successful without it! 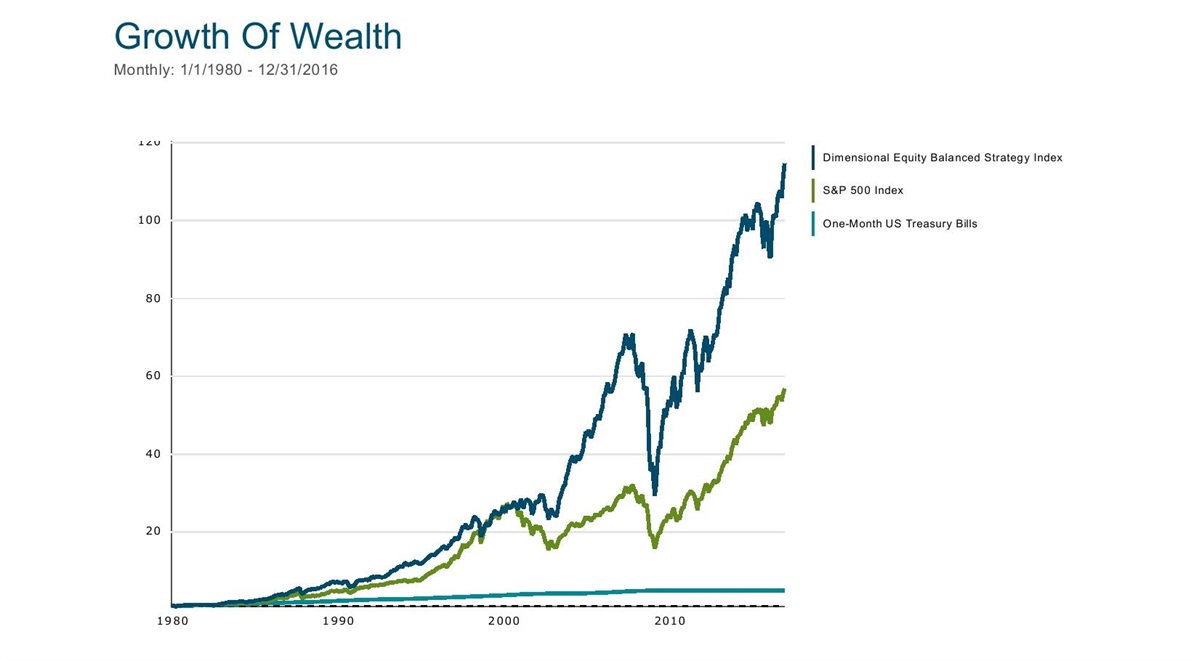